Recapitalization is a form of corporate reorganization which involves making substantial changes to a company’s capital structure It is one of the strategies companies use to improve their financial stability. A company may achieve this by adding more debt, more equity, or both to its capital. The decision to recapitalize may be taken by the company voluntarily, but sometimes a company undertakes compulsory recapitalization in compliance with a regulatory directive. In the latter sense, recapitalization has proven to be a useful tool in the hands of the Nigerian government for sectoral reformation to sustain adequate economic growth and development. To meet compulsory recapitalization requirements, companies have had to raise additional funds or gone through mergers and acquisitions.

BRIEF HISTORY OF RECAPITALISATION IN THE INSURANCE INDUSTRY

The Nigerian insurance market has been faced with different challenges in its efforts to serve the needs of the relevant stakeholders. As a result, the National Insurance Commission (NAICOM), the body responsible for the regulation of the industry has over time devised different means in its aim to achieve this.

In 2003, the NAICOM, through the Insurance Act of 2003 enacted new laws for the re-classification of insurance companies and an increase in their capital base requirements. This was the first recapitalisation process by NAICOM and it required insurance companies to have a minimum capital base according to the type of insurance handled. For instance, life insurance – N150m, general insurance – N200m, and composite insurance and re-insurance – N350m. In June 2005, NAICOM introduced more stringent conditions aimed at resuscitating the industry and giving it a higher level of financial strength, which would enable it undertake bigger risks across all sectors. This exercise eventually led to the consolidation of the entire industry in 2007.

The initial exercise was however not as successful as NAICOM would have hoped and on August 27, 2018, via a circular titled ,“Tier Based Solvency Capital Policy for Insurance Companies in Nigeria” (“TBSC Policy”), NAICOM made another attempt at raising the capital adequac requirement across the industry. What followed were protests by some stakeholders in the industry and a resultant order of the Federal High Court restraining the TBSC Policy from being enforced.

It is worthy of note that the on-going reforms in the insurance industry through the process of recapitalization and consolidation are to restore the confidence of the public in the industry and enhance the international competitiveness of local operators.

Furthermore, the circular comes into effect immediately and existing insurance and reinsurance companies are required to fully comply with the New Minimum Capital Requirement by no later than June 30, 2020

IMPACT OF THE CIRCULAR ON THE SECTOR

Despite the underwhelming performance of the sector so far, we see the introduction of the new minimum capital requirement as a welcome development and expect it to help improve the insurance sector just as similar laws in the banking industry in 2005 helped shape the future and development of the Nigerian banking industry.

Currently, Nigeria’s insurance sector is still one of the most underdeveloped compared to its peers. With a population estimated at 200 million people, a growing middle class and increased life

expectancy rate for Nigerians (55.2 years average for men and women in 2018 from 54.5 years in 2017), the potential for growth in the sector is significant.

However, at 0.3%, Nigeria has the lowest insurance penetration level amongst notable African countries. Currently, South Africa is at 14.7%, Kenya at 2.8%, Angola at 0.8% and Egypt at 0.6%. Similarly, the sector’s insurance density is still one of the lowest when compared to its peers.

In previous years, Nigerian insurers have operated on marginal scales and this may be cited as a reason why the market had not benefited much from the sector. Consequently, the principal objective of the reform is to have an emergence of bigger and stronger players in the industry with enhanced capacity to reach and cover the majority of the Nigerian populace.

It is expected that not all insurance companies will be able to meet the June 30, 2020 deadline as mandated by NAICOM and this will invariably lead to the mergers and/or acquisitions of insurance companies for compliance purposes. This in effect will result in further consolidation of the insurance industry.

As highlighted above, South Africa has the highest insurance penetration levels in Africa and is a relatively more mature market. To achieve the kind of growth, insurers in Nigeria will have to find innovative and cost-effective ways to increase penetration into the largely un(der)insured market. This cannot be achieved by sticking to the same traditional, expensive intermediated channels of the past but by creating new multichannel approaches and product design based on incentives and knowledge of the needs of customers.

The insurance industry is still developing in Nigeria and it is apparent that if this important area is adequately monitored, with the current effort sustained, it can improve the Nigerian economy. In addition, the new minimum capital requirement alone may not create a sound insurance industry; the insurance sector can deepen the market by increasing the gross premium earned, which in turn will lead to higher profitability. Therefore, the regulators should not only focus on the capital base requirement of insurance companies, as it may not have the capacity to increase the profitability of insurance firms in Nigeria, but other performance indicators like average cost per claim, loss ratio amongst others should be adequately catered for in conjunction with the capital base requirements. 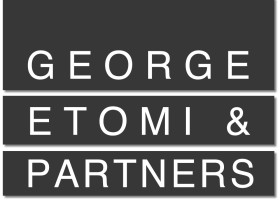 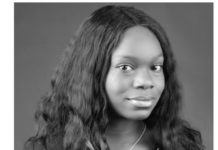 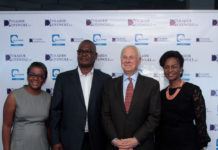 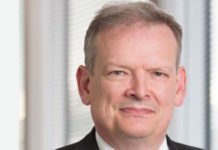 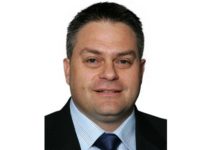