Algeria – having just announced “fuel self-sufficiency” – is the latest African oil-and gas-producing country to confirm its attendance at the 26thAfrica Oil Week (AOW) (Africa-OilWeek.com) in Cape Town this November.

Following a difficult period for both the sector and the country, all signs now point to Algeria strengthening its position in global oil and gas, making its participation in this year’s AOW summit particularly exciting.

Recently appointed Energy Minister Mohamed Arkab – who said this week that Algeria now produces sufficient fuel to meet domestic demand and has not had to import since 2018 – will represent the north African oil and gas producer, currently ranked 16th-largest globally in terms of proven oil reserves and 10th-largest in terms of proven gas reserves.

One of the Minister’s first priorities has been the drafting a new hydrocarbon law, which aims to counter a “slowdown in new exploration and production contracts” and “restore the attractiveness of the country’s extractive industries, increase production levels and bring in foreign direct investment to the petroleum sector, without threating national sovereignty”.

A focus on upgrading existing refineries to meet international standards of consumption, as well as environmental and industry safety, has also characterized Algeria’s energy agenda in recent years. During a visit to the newly inaugurated Sidi R’Cine Refinery in Algiers, which was re-opened after significant modernization, the Minister said: “This rehabilitation operation will inevitably lead us to achieve a surplus of production, which can be exported in the future”.

Communicating this new agenda and highlighting that Algeria is very much open for business will be Mr Arkab’s top priority at Africa Oil Week 2019, where he will be participating in a Ministerial Panel alongside his counterparts from Tunisia, Equatorial Guinea and Uganda. The panel is designed to give Ministers the chance to detail their hydrocarbon strategies to a global audience and lay out their future operating outlooks.

AOW Conference Director Paul Sinclair commented: “we are thrilled to have the Algerian Minister attending this year’s conference, which looks set to have a record-breaking level of ministerial attendance and the highest level of North African representation in some years.”

Mr Arkab will be join 20 other Pan-African ministers at the conference, as well as Premier of the South Africa’s Western Cape province, Alan Winde. To find out more, please visit: https://www.Africa-OilWeek.com/Home.

Distributed by APO Group on behalf of Africa Oil Week.

About Africa Oil Week:
Africa Oil Week (www.Africa-OilWeek.com) is the leading oil and gas event for the continent and for the African E&P community: governments, NOCs, IOCs, Independents, investors and service providers. For over a quarter of a century, the event has provided networking and deal-making opportunities for senior decision-makers. 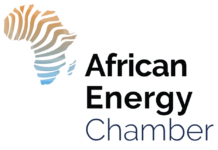